Apply to the School of Architecture 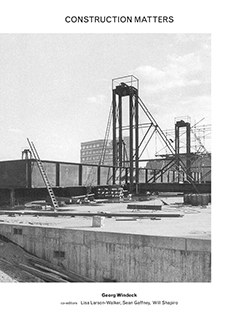 Construction Matters examines the way that architects understand and respond to technological innovation through the creation of new types of spaces, and the materials through which an architectural idea finds its physical realization. Understanding the properties of different materials is indispensable for the creation of architecture that is original, powerful, and meaningful. Organized into chapters on the major methods of construction—masonry, concrete, steel, and wood—Construction Matters examines specific technologies that experienced major transformations in the last century, or were newly invented: a new material, jointing technique, or fabrication procedure for example. The architectural application of this invention is then analyzed with building case studies selected based on an obvious formal relationship between the building's form and the new type of construction that it incorporates—ranging from prewar designs in the United States and Europe to recent projects in Asia—and includes built projects as well as significant design proposals.

Diane Lewis (1951 – 2017) was an eminent professor at The Cooper Union, principal of her own architecture firm, and a leading figure in contemporary New York architecture. Inside–Out offers an insider's view of her work from the early 1980s to 2005, providing a portfolio of her work encompassing galleries, museums, and performance spaces—from Kent Fine Art, Paul Kasmin, Claude Bernard, and the New York Kunsthalle to film studios, theaters, museums, and residences. A recipient of the Rome Prize who trained in the offices of I.M. Pei and Richard Meier, Lewis created civic works attuned to the relationships between contemporary forms and existing structural history. Inside–Out brings readers a unique vision of architecture as a parallel medium to contemporary literature and conceptual art, and showcases Diane Lewis's highly articulate and accomplished designs. 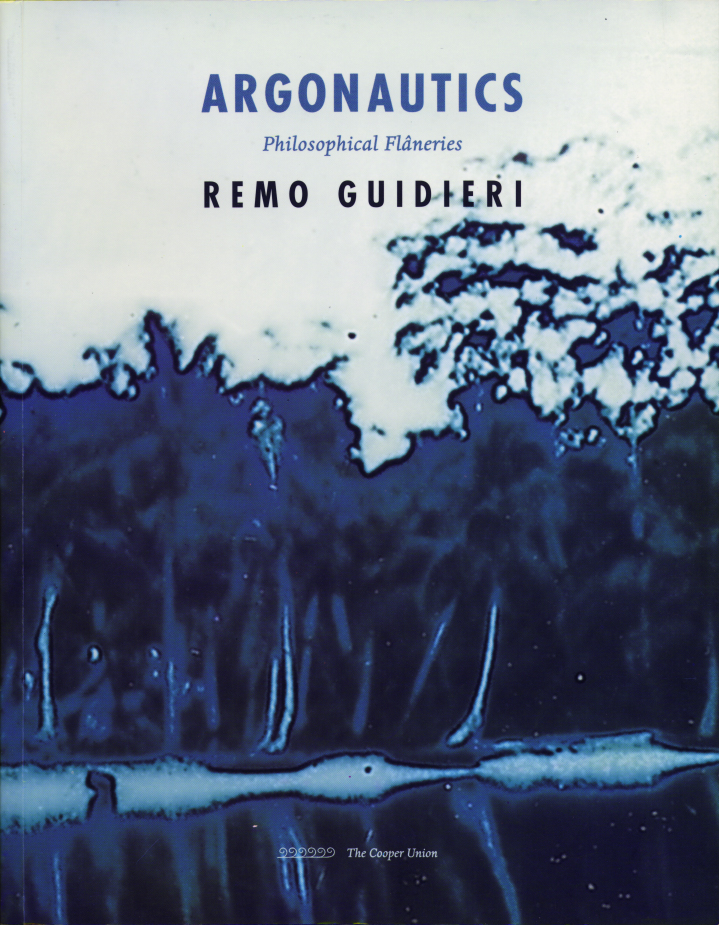 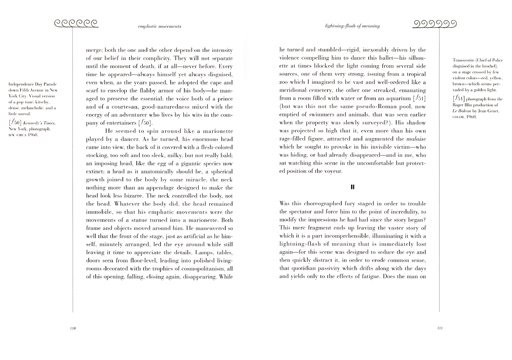 Argonautics offers the reader eleven scenes from the drama of Modernity. Among the subjects of his philosophical chronicle are personalities and places, and ideas of contemporary culture: the Mediterranean; Malinowski and anthropology; Conrad’sHeart of Darkness; Shipwrecks; Naples; Marcel Broothaers; Orson Welles; Mexico and Paris. The pedagogical ambition of these essays are meant to establish and partially focus on a trend concerning the duality between nomadic and sedentary manners of assuming time, space, memory, strength, and destiny.

Guidieri teaches anthropology and aesthetics at Nanterre University and Ecoles des Beaux Arts in Paris; he is co-founder of Res: Journal of Anthropology and Aesthetics, and is the author of numerous books published in France. Argonautics is Guidieri’s first book published in the United States. He is a visiting International Professor at The Irwin S. Chanin School of Architecture. 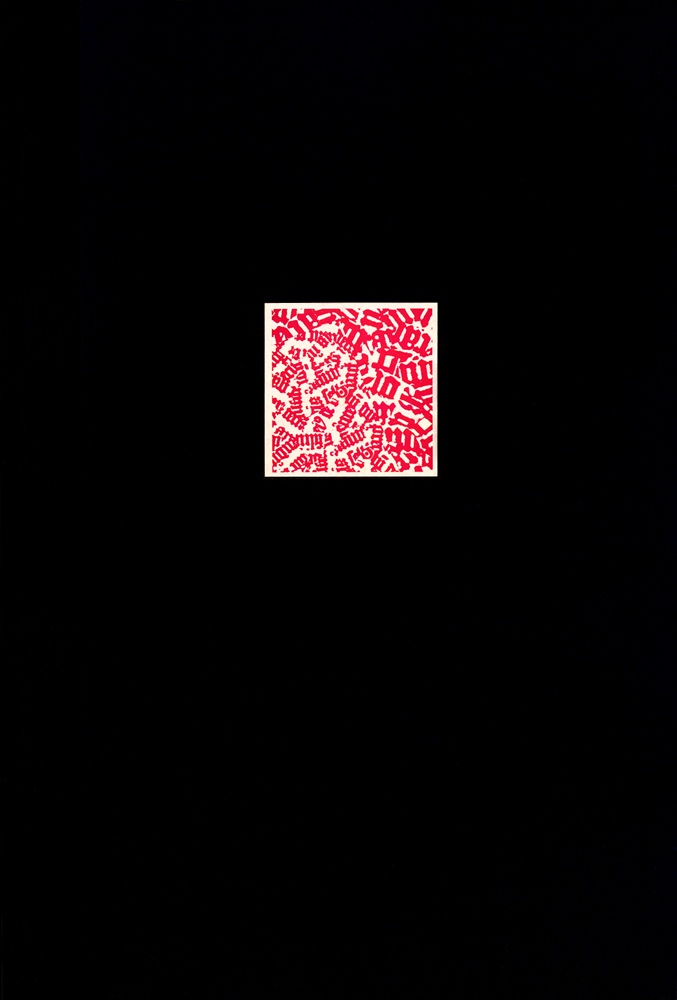 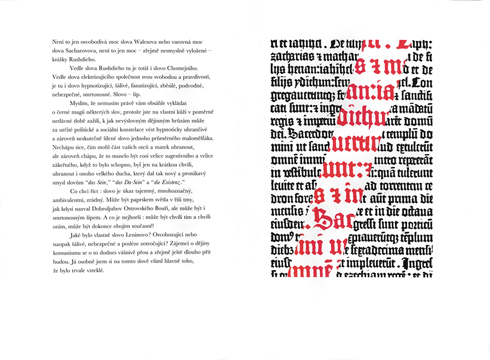 A WORD ABOUT WORDS
Václav Havel with illustrations by Jirí Kolár

Alongside words that electrify society with their freedom and truthfulness, we have words that mesmerize, deceive, inflame, madden, beguile, words that are harmful—lethal even.
—Václav Havel

Originally delivered as an address to the Frankfurt Book Fair in 1989, during the collapse of communist Europe, Havel’s text A Word About Words is a reflection on the relation between words and freedom and the mysteries that words have woven in human history. For Havel, words are mysterious, ambiguous, and ambivalent and their duplicity is such, that, while they could signify "the first glimmer of hope for a Europe without cold wars or iron curtains," as Havel writes, they also provided a precondition for the removal of freedom. One of the most important writers of the late twentieth century, Havel knew the binds of language well, having been jailed as a dissident for his drafting of Charter 77 (1977), the founding document of political resistance in Czechoslovakia. Twenty-six years later, the Chamber of Deputies elected Václav Havel to be the first President of the independent Czech Republic.

Havel’s text is accompanied by 18 full-color illustrations by the Czech poet and artist Jirí Kolár. Using a fragment of Gutenburg’s 42-line Bible as a point of graphic departure, these illustrations show Kolár‘s fascination with the word as both a means of poetic expression and a graphic image. As John Hejduk acknowledges in his afterword, Václav Havel has always given his words freely with an awareness that, as Havel writes, "all the important events in the real world—whether admirable or monstrous—always have their prologue in the realm of words." 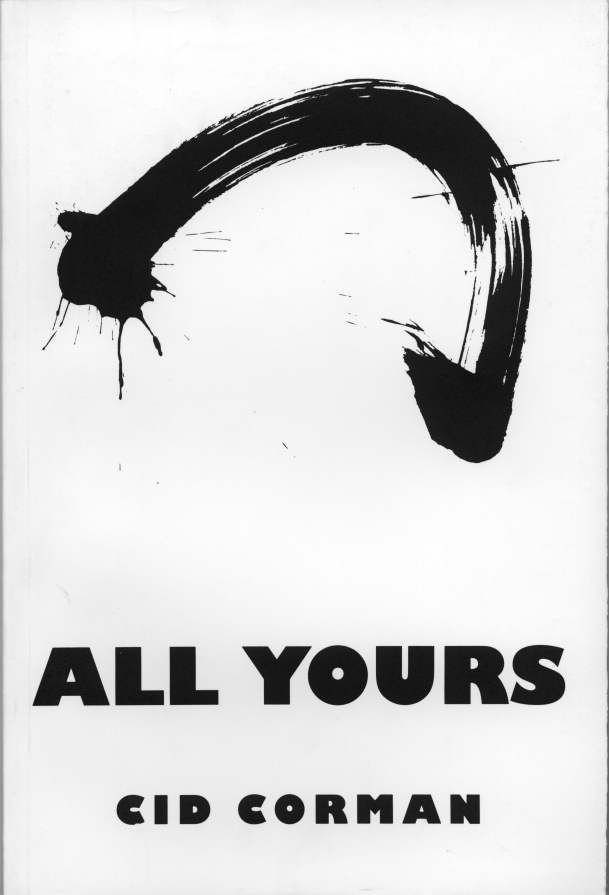 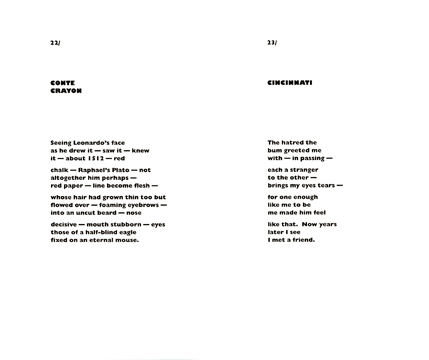 ALL YOURS
Cid Corman

Fifty-seven poems by the preeminent poet published to celebrate his return visit to America as the first Feltman Fellow in the Illumination Series; Fukuoji to Cooper Union, August–November 1991. 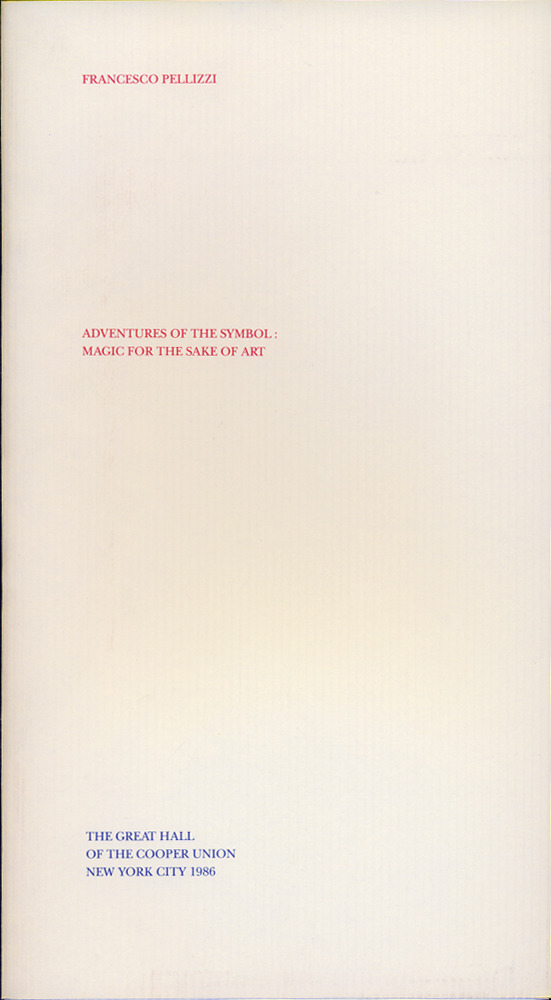 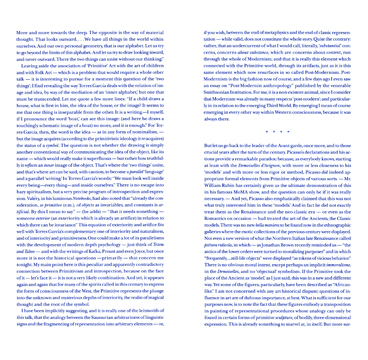 ADVENTURES OF THE SYMBOL:
Magic for the Sake of Art
Francesco Pellizzi

Although no one has succeeded in defining culture as such—there are more than four hundred definitions, no two corresponding, in Clyde Kluckhohn’s classic anthology—Pellizzi is among the few researchers whose imaginative approaches have added fresh insights to its study.
—Dore Ashton.

With an approach that hovers between the fields of anthropology and art history, Francesco Pellizzi questions the status of the Modern "art" object, asking us to consider its links to the enigmatic products of Primitive peoples. This essay discusses the role and meaning of symbolism and the issues of representation to discern the underlying attitudes that lead to artistic ‘appropriations.’ 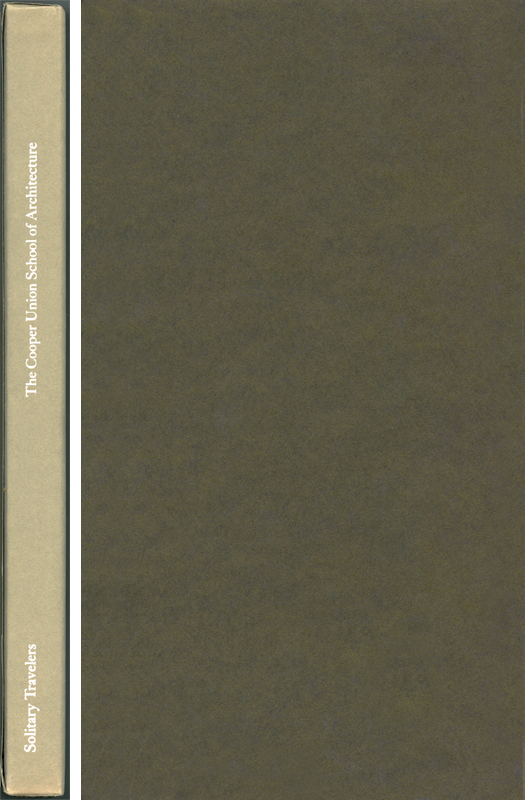 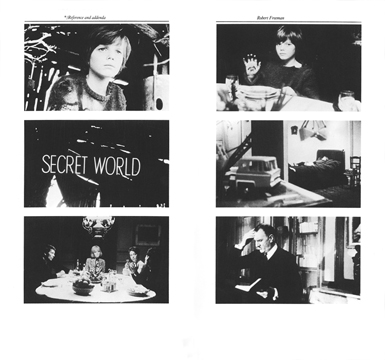 In the Spring of 1977, under the auspices of the Mellon Professorship, John Ashbery, poet; Jay Fellows, literary critic; Robert Freeman, filmmaker; John Hawkes, novelist and playwright; Aldo Rossi, architect; and Joseph Rykwert, historian were invited to the fifth year studios of the architectural school of The Cooper Union. The purpose was general: to make the school a crossroads where the maker and his work were no longer heroically apart but where the guest and student, in company, could share and sense the affinities of each other’s craft.

This book is a collage of thought containing eleven Poems by Ashbery, a labyrinthine text by Jay Fellows on John Ruskin, stills from Secret World by Robert Freeman, a story by John Hawkes and essays by Aldo Rossi and Joseph Rykwert. The reader may make a whole fabric of these pieces, or may remember these encounters, chance or chosen, as a necessary experience—something is always there for the eye that listens.