Lewis Gordon, “A Black Existential Critique of Contemporary Uses of the Word ‘Privilege’”

As part of the virtual Intersectional Justice Lecture Series, Lewis R. Gordon offers a portrait of Black existentialism with an outline of its key problematics—including its critical treatment of race and racism—followed by a critical discussion of the contemporary use of the word “privilege” and an advancement of the concept of “license” as a more useful term in the project of building a nonracist society. 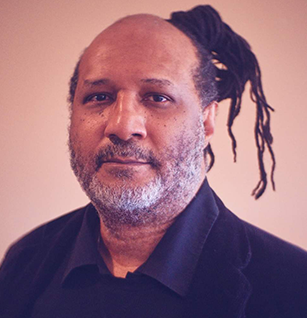 Lewis R. Gordon is professor and head of the philosophy department at The University of Connecticut, Storrs campus. He is also Honorary President of the Global Center for Advanced Studies; visiting professor at the University of Johannesburg, South Africa; and honorary professor in the Unit for the Humanities at Rhodes University, South Africa. He co-edits the journal Philosophy and Global Affairs with Jane Anna Gordon. He is the author of many books, including, most recently, Freedom, Justice, and Decolonization (Routledge, 2021) and Fear of Black Consciousness (Farrar, Straus and Giroux and Penguin Books,  2022), which was listed on Literary Hub’s Most Anticipated Books of 2022. He is this year’s recipient of the Eminent Scholar Award from the Global Development Studies division of the International Studies Association.

This series is co-organized by the Office of Student Affairs and Nada Ayad, Associate Dean of HSS, as a continuation of a reading and discussion series for first-year students that was held as part of the Fall 2020 new student orientation. In the spirit of The Cooper Union mission, the Black Student Union and the Cooper Climate Coalition, along with several other Cooper students and faculty, were deeply involved in the articulation of the program as well as in contributing to the reading list and suggesting speakers.